Top tier Italian football league is among the most popular ones in Europe and in the world. A lot of teams with rich tradition takes participation and a number of giants are in the constant race for the title. It is one of the top five leagues in Europe and it is well-known of very skilled tactical head coaches. Clubs like Juventus, Inter, and Milan are usually considered as the contenders for the UEFA Champions League glory as well. Serie A doesn’t lack star players and Cristiano Ronaldo is the current number one in the league.

Serie A consists of 20 clubs which are playing in a round-robin system. After 38 rounds, the top placed team are crowned as champions, while top four clubs qualify for the UEFA Champions League. Depending on the Coppa Italia winner, a total of three teams get their ticket for the UEFA Europa League, while the bottom three teams are being relegated to Serie B. The season is going to be kicked off in August, while the wrap-up round will be played in May. All popular bookmakers such as bet365, William Hill or Unibet have already launched their winner odds for this competition and they are all aligned on the fact that Juventus are favorites for defending their crown. Odds vary from 1.40 to 1.45, while the bookmakers see Inter and Napoli as the biggest challenges and they are usually equally priced – 6.00. According to the bookies, the underdogs in the competition are Genoa, Brescia Calcio, Hellas Verona, and Lecce as their winner odds are in the range from 2500.00 to 4500.00.

Juventus established themselves as the top Italian team in the past decade. The club won Calcio 35 times so far, and they keep growing, especially after Cristiano Ronaldo joined the club. Since 2011/12, they managed to win seven consecutive titles and they are also ready to step up challenging the UCL. However, Massimiliano Allegri stepped down from the head coach role, while Maurizio Sarri is appointed as his replacement.

After a couple of disappointing seasons when they failed to challenge the title, Inter has a very good transfer window and they can put a serious Serie A bid. Antonio Conte, who is Juventus’ legend and head coach which brought them a couple of titles, took over the bench, while players like Romelu Lukaku, Diego Godin and Matteo Politano joined the club.

Napoli has been the most serious title candidate in the past years, and they are expected to challenge the Scudetto once again. With experienced head coach Carlo Ancelotti and players like Kalidou Koulibaly and Lorenzo Insigne, they should be taken very seriously. Napoli hasn’t lifted the Serie A trophy since 1989/90 and they will put significant effort into making it a success this time.

Another exciting season is ahead of us and besides the above-mentioned teams, we should always count on Milan, Roma, and Lazio for making an upset, while Atalanta, Sampdoria or Parma could be one of the overachievers. We wish a bit of good luck to all punters who are looking forward to getting the most out of their Serie A wagers. 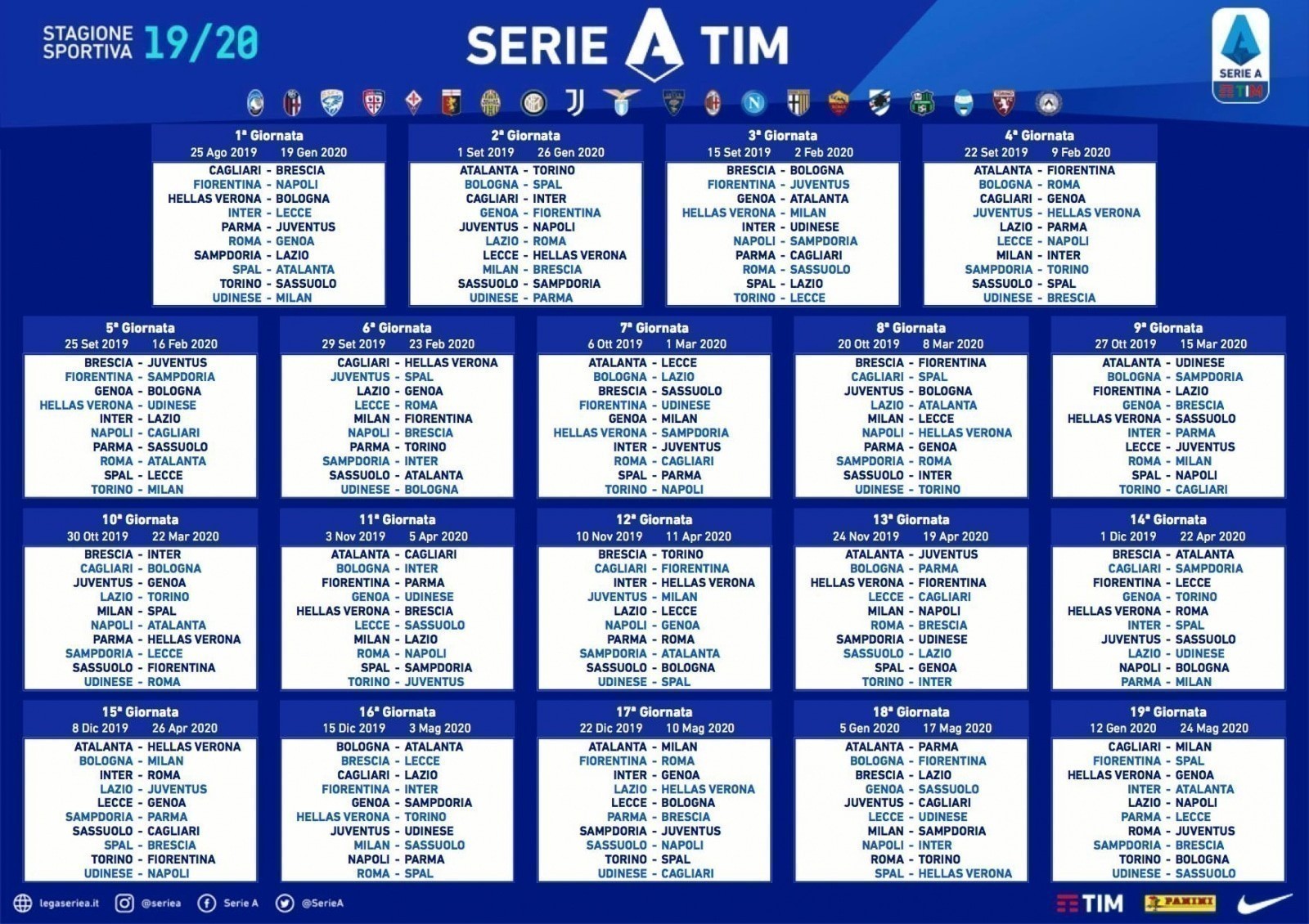 Serie A is being disputed by 3 teams that are giving everything they got to win with the title. The latest Serie A dates have been very exciting, some unexpected results have changed the future of some teams in the Serie A qualifying table. It is expected that for the next few weeks the matches continue to be very difficult and the favorite teams keep fighting to keep on the top.

The favorite team currently is Juventus with 48 points, 16 wins, 0 draws and 4 losses. These are very good statistics for half of the season, but the team of Massimiliano Allegri, knows that they have Roma is very close with 47 points on the second place. Juventus can not afford to lose during the next 4 Serie A week, they should not give up points to stay in the top of the leaderboard. Last season the Juventus team won the title.

In week 21, Napoli beat Milan 1-2. That result sent the Milan team to the seventh position, they no longer have a chance to reach the top of Serie A, they should only try to stay in the top 5 positions to get tickets in the european competitions. Roma had a comfortable win against the weak team of Cagliari 1-0. By week 20, Juventus had lost to Fiorentina and that had given hope to Roma, who had previously won Genoa 1-0 in Week 19. Serie A will be defined in the next 5-8 weeks, between the top 3 teams in the standings: Juventus, Roma, Napoli. Between these three teams the difference is only 1-4 points, that translates to ties and defeats.

The schedule for Juventus in the next 5 weeks is: Sassuolo, Inter Milan, Cagliari, Palermo and Empoli. The most difficult team for Juventus will be Inter Milan, as it is the best placed in the Serie A table of the five mentioned above. The strategy of the past season champion is quite simple, winning as many games as they can on all those dates, not giving up points and avoid cards and injuries to their players.

Roma is only 1 point behind the leader. They are hoping that Juventus will lose or draw to stay with the first place, but that does not ensure that they win the title. They still have to face in the next 5 weeks to: Sampdoria, Fiorentina, Lazio, Torino and Inter Milan. These are not easy dates for Roma, they will have to prepare very well and not make mistakes against those teams. Of the 5 teams mentioned above, the best positioned and most dangerous will be the Fiorentina.

The third team of the table in Serie A, is Napoli with 44 points, 13 wins, 5 draws and 3 losses. They are a strong team, they have been able to out play the most dangerous and strong teams of Serie A. It’s very important point to mention a highlight of Napoli: They have the most goals, 47 goals total. For the next 5 dates Napoli will face: Palermo, Bologna, Genoa, Chievo, Atalanta and Fiorentina. They know that it will be very difficult to play against Fiorentina.

Prediction: Juventus to win the Serie A 1.20* on Skybet.