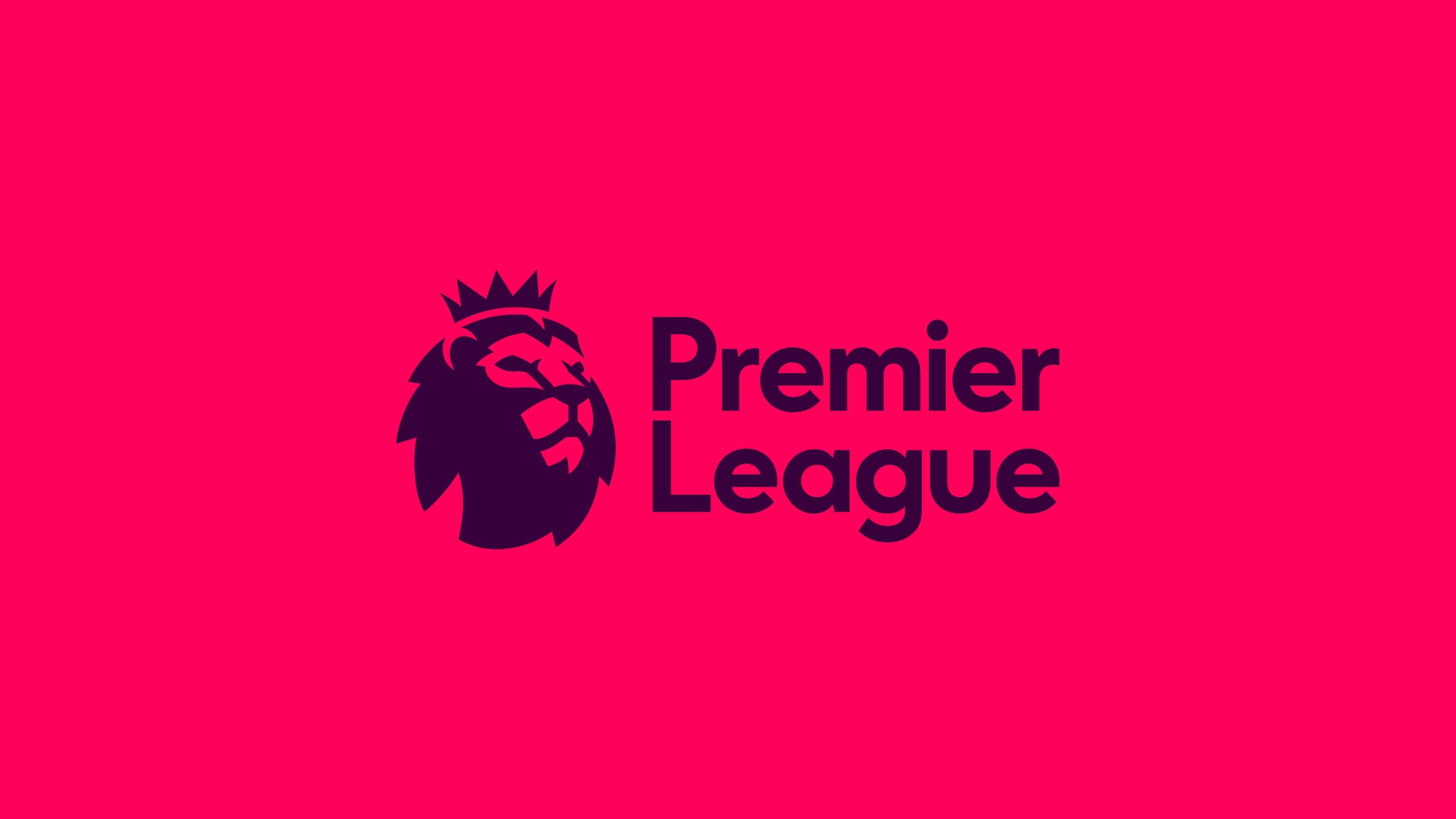 its football time once again. The 2019/2020 season is back with the teams raring to go again. It’s that time where fans look forward to a thrilling season with everyone hoping the team they support gets to improve more this season.  Last season, Manchester City took the title home after one of the competitive title races witnessed. The champions were decided on the last day with only one point differentiating number one and two. With 98 points, it was enough for Pep Guardiola’s men to clinch the title while Jurgen’s Klopp lads would only settle for the second position. This was the second successive season that the Manchester team had won the premier league.

Who are the teams with the best chances to win the English Premier League 2018-2019?

The season is in the early stages and over the summer, teams have strengthened their squads with many big names coming in and there have also been departures in the teams and this majorly plays a big part in determining how the teams perform this season. Three teams have also joined the league from the championship but they are not expected to challenge for the title, just yet. So the questions to ask about this season remain, are Manchester City completing the treble? Will Liverpool be a threat like the last season? Will Tottenham, Arsenal, and Manchester United strengthening of the squad bring some threat? What does the transfer ban mean to Chelsea title hopes? Who takes the top four spots for UEFA Champions League qualification?

Manchester City: Betfair is in their favor to win the league once again

Manchester City have been breaking records over the past two seasons enjoying high-flying seasons. They have recorded the highest points record over the two seasons and the team is in a consistent form. Can anyone stop Pep Guardiola’s team? Last season they completed a domestic treble and this season they look to match their arch-rivals Manchester United record of winning the league in three consecutive seasons. Betfair are in their favor to win the league once again at 1.44. The quality of Kevin De Bruyne, David Silva, Sergio Aguero, and Raheem Sterling with additions of Rodri and Joao Cancelo is enough to cause havoc.

Liverpool: Betfair has placed them at 3.5o to win the title

Liverpool stands as another serious threat to Pep Guardiola’s treble win. Last season ended on a high note by winning the UEFA Champions League but they were disappointed with how the league ended by losing the title by a point. Over the season, they had a good opportunity but let it slip through several draws. Jurgen Klopp will learn from that and though no big-name additions have been made on the team, the quality in the team is impressive. The presence of Mohammed Salah, Bobby Firmino, Sadio Mane, and Virgil Van Dijk is enough to mount another serious title challenge. The team boasts of a good home record and on the road, they have also been impressive. With a trophy pressure out of their way, they will rare to go once more. Betfair has placed them at 3.50 to win the title. The London team has also been on the high for the last couple of seasons. Last season did not end well point-wise with 25 points between them and Liverpool. However, Mauricio Pochettino is a quality manager and with the quality of Harry Kane, Christian Eriksen, Delle Alli, and the additions of Giovani Le Celso, Tanguy Ndombele, and Ryan Sessegnon, Tottenham are not on the Man City and Liverpool level as yet but are best suited as position three by William Hill at 17.00

Chelsea: the race for the top four spots is very much alive for them

Last season saw Chelsea finish at position four after a lukewarm season. However, the UEFA Europa glory was one of the positives to draw from the season. This season, however, is different from the team receiving a transfer ban and losing their talisman Eden Hazard and later lost a senior presence in David Luiz. Frank Lampard, the new manager, is set to rely on some of the youth with the team’s quality coming from Pedro, Willian, Pulisic (signed before the ban), and Olivier Giroud. It’s not looking good on their side at the moment and they are not expected to challenge for the title. That notwithstanding, the race for the top four spots is very much alive for them.

Arsenal: William Hill places them at 26.0

Arsenal finished last season on a low after losing on the champions league spot and losing the Europa League final to Chelsea. This season, however, has seen a lot of transfers heading their way with additions of Gabriel Martinelli, Dani Ceballos, David Luiz, Kieran Tierney, and Nicolas Pepe. It’s poised to be a rather productive season for them but are not expected to be title challengers with William Hill placing them at 26.00.

Manchester United: William Hill has placed them at 28/1

Manchester United finished sixth last season after an awful season that saw Jose Mourinho sacked last season and Ole Gunnar Solskjaer took over. They lost a potential chance of sneaking in the top four and lost to Wolves in the FA Cup semi-finals. This season has seen new faces in the backline with record signing Harry Maguire and right-back Aaron Wan Bissaka. Daniel James is another addition but has seen players like Romelu Lukaku and Ander Herrera going out. Ole Gunnar’s men are poised to improve majorly with one of the main negatives of last season being the defensive frailties. The team boasts of quality presence in David De Gea, Paul Pogba, Marcus Rashford, and Anthony Martial. Man United are not expected to be a threat on the title but are poised to challenge for the top four. William Hill have placed them at 29.00.

This EPL season has been one of the best compared to the previous three. The teams have been playing much better than before and have scored more goals, especially the average goals have improved a lot. The attention is placed in the first 5 positions of the table of classification,

obviously by the important thing that they are to enter the European competitions. Nobody wants to stay out of the important competitions, especially in the Champions League, although there are still more than 25 points to play in the EPL.

The remaining matches in the next days will be very important for some teams, especially for those who do not want to be left out of European competitions. But it’s not all about Champions League, there are also 3 downhill teams: Hull City, Sunderland and Swansea City. These teams, if they stay in the last 3 EPL positions, they will be sent to the Football League Championship. It would be very unfortunate for the Swansea City to descend when it had several seasons with more than 35 points.

This season compared to the last 3 of the EPL (2013-14, 2014-15, 2015-16) has been quite competitive in several statistics. For example in the number of goals, so far teams have scored 600 goals in 210 total matches, which leaves an average of 2.86 goals per match and there are still 17 weeks to play. The measure of goals is quite good compared to the seasons mentioned, if they keep the goal average of 2.86 per match with 170 EPL matches ahead, this season could complete 1086 goals or more.

Manchester City is another “strong” to keep the title of the EPL, but has struggled to find their style of play, even though they are ranked 5 on the leaderboard with 42 points, they are the team with the more losses so far. They had problems starting the season, Pep Guardiola said in an interview: “We are recovering”, and those words have been taken very seriously by the City players. The main problem with City is the injuries they have suffered and the little experience that their coach has in the EPL. Although many say that City no longer has a chance to win the title, they are wrong.

Klopp’s team has been impressive again this year – so far. Even if Salah is not at the same level as last year, Liverpool’s regular performances give them a good chance to win the EPL this season. Current odds are 5/2.

The focus is on José Mourinho, the Manchester United coach is doing well in the current season, they have had no problem keeping up with the same amount of points as the rival teams. United have recovered after the departure of Van Gaal and have been winning major games to show fans that they still have many opportunities to get another EPL title. Mourinho has experience in England, a lot of experience, and knows how to play to the strongest teams, like Chelsea and Manchester City (Pep Guardiola). Manchester United currently have 11 wins, 7 draws and 3 losses, is the team with the most draws among the most powerful of the EPL.

Update: Mourinho has been sacked and the team is now clearly improving. Too far to win the title?

Arsenal finally in the race?

Arsenal is a team that has to win only a couple of games to become a favorite to take the title of the EPL. They are ranked 4th in the standings with 44 points, 13 wins, 5 draws and 3 losses. Although the odds* are not in favor of the Gunners, they do not have the support of the public. For 10 years they have not won a title, there is the reason for the little support on the part of the fans and bettors.

Chelsea is the great favorite of the public and the bettors, they have all the support to win the title. Last season was very bad for them, they were tenth in the standings with 12 wins, 14 draws and 12 losses. But this season has been all the opposite, the team of Conte, has been playing “carefree”, they have won 17 games, 1 draw and only 3 losses. With 52 points the advantage they have over the other teams is quite wide, although there are still several important weeks and games ahead to play, the Blues have no fear of showing that they can stay in the first place.